Why encourage the organic food market?

For some years now, the trend of consuming foods whose origin is natural and free of harmful elements has been growing. And we could believe that this is something new, that the new generations have taken this out of the sleeve.

For some years now, the trend of consuming foods whose origin is natural and free of harmful elements has been growing. And we could believe that this is something new, that the new generations have taken this out of the sleeve.

But the concern about the effects that some chemicals, pesticides, and experiments could cause has existed for more than 30 years, reaching to have various certifications that show that the process of cultivation and harvesting of some food is really organic.

But why is it important for something to be organic?

For years, mankind struggled to keep their crops safe from animals, pests, and weeds, it was a full-time job, and therefore, it was not profitable for a society that was interested in mass production. By the 1970's the use of pesticides was accepted and was an essential part of the agri-food industry, however, it was in that same decade that the use of DDT was banned in the United States due to the harmful effects it had on human health.
Although it was not the first time that we saw the effects of compounds that we still did not fully understand, new pesticides continued to be formulated and approved, even without knowing the effects they could have on populations in the long term. 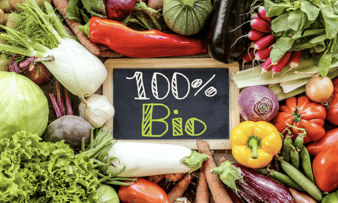 Nowadays, we do not know all the effects that all pesticides and pesticides may have, but we do know that the effects of exposure to the most widely used pesticides can be summarized as nervous system disorders, cancer, hormonal alterations, immune system disorders, reproductive damage, malformations. This, of course,   considering that these are not the only effects and that the various affectations can occur even years after exposure, regardless of whether it was prolonged, accumulated, or in large quantities.

It begins to make sense that we want pesticide-free products, doesn't it?


Preserving health, preventing harm to others, even caring for a population seem like principles anyone would want to follow, yet many of the big industries have turned their eyes and attention away to continue mass-producing at prices where the demand for their products only increases exponentially.

How do we solve this?

There are several certifications that guarantee that the products are organic and that they are being sold meet strict safety standards, cleanliness and are free of pesticides, pesticides, and harmful elements; certifications such as the Global Gap Certification that was born in 1997, the Al113 Certification, or the Approval by CCOF, Omri, Metrocert, have guarantees that you consume a product that will not make you sick by the chemical effects or expose you dangerously to compounds that we do not even understand.

The growth in consumption of plant-based products

With the beginning of the Covid-19 pandemic, nutrition habits of consumers have been changing towards healthier habits. This has caused the boost and...

8 uses of lemon you may not know

We all know that lemon is the fruit (or vegetable, depending on the country in which it is used) richest in vitamin C, it is a nutritional treasure...

ANRAVE as an exporter of organic products

At ANRAVE we have two certifications that differentiate us from other competitors and that show the benefits of our organic Persian lemon: the CCOF...

Get notified on new marketing insights

Be the first to know about new B2B SaaS Marketing insights to build or refine your marketing function with the tools and knowledge of today’s industry.